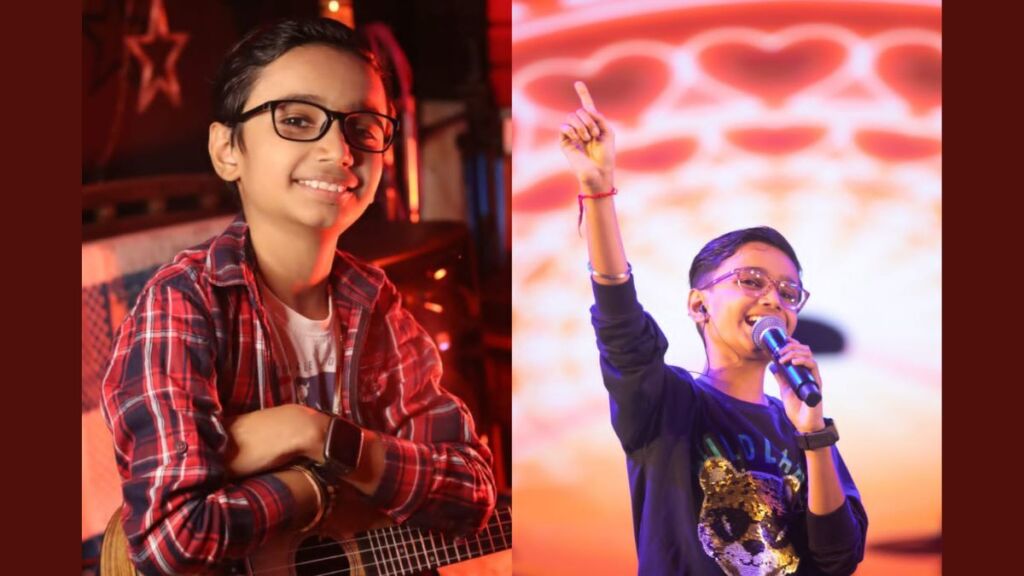 New Delhi (India), January 13: Aum Agrahari is a 13-year-old singing sensation from Chattisgarh, India, who is making waves in the Bollywood music industry. He has been compared to some of India’s most famous singers, and he is quickly becoming one of the youngest stars in the industry.

Aum says that he wants to become a famous singer and music director when he grows up. Today he has more than 822k followers on Facebook and around 18k followers on Instagram, and he also has 154k subscribers on YouTube.

Agrahari started singing at the age of six and gave his first public performance at eight. He was quickly recognized for his talent and began appearing on television shows and winning competitions. He released his first single, “Neele Neele Ambar Pe”. His second single, “Man Mein Mera Sai Baba”, was released in 2021 and became a huge hit, solidifying Agrahari as a force to be reckoned with in the music industry.

As he continues to work on his debut album, Agrahari is quickly becoming one of the most promising young singers in India. With his unique voice and impressive range, he is sure to make a name for himself in the coming years.

He has been singing since he was 6 years old

Aum Agrahari is a young singer from India who has been singing since he was 6 years old. He has been giving competitions to famous singers of Bollywood and has even won some awards. His parents are very supportive of his talent and are helping him develop his career.

He specializes in singing as well as playing all the instruments; when he was asked how he manages to sing and play the instruments together, he smiled and said, “I don’t do it because I don’t sing to the music, but play it.”  I feel and my hands start trembling on their own.

Aum has won many awards and competitions

He is a young, up-and-coming singer in the Bollywood music industry. At just 13 years old, he has already won numerous awards and competitions, including the prestigious Indian Idol competition.

This is an incredible feat, considering that Aum only began singing professionally less than two years ago. His natural talent and hard work have clearly paid off, as he has quickly become one of the most popular singers in India.

Fans love Aum for his unique voice and ability to connect with his audience. He has a bright future ahead of him, and we can’t wait to see what he does next!

Aum Agrahari, a 13-year-old boy, has been impressing everyone with his singing skills. He has sung for Bollywood movies and TV shows and has even won awards for his performances.

Some of his famous songs are:

His voice is very versatile, and he has sung in various genres, including pop, rock, classical, and devotional.

He is a fan of Salman Khan and likes to watch action movies:

Aum Agrahari, a 13-year-old boy from Chattisgarh, has become an overnight internet sensation with his soulful rendition of popular Bollywood songs.

He says he is a big fan of actor Salman Khan and loves watching action movies.

He said in an interview with One India News, “I like Salman Khan’s films because they are very entertaining. I also like Singer Jubin Nautiyal and Kumar Sanu, but Salman is my favourite.”

13-year-old Aum Agrahari is a true inspiration to all those aspiring singers out there. His incredible singing skills and passion for music have earned him immense admiration at such a young age, and it’s safe to say that he’ll only continue reaching greater heights in the future. It really goes to show how hard work and dedication can help us achieve our goals no matter what age we are – as Aum has certainly proved!