JICA’s Achhi Aadat Campaign launched in support with the Department of Education, Government of NCT of Delhi 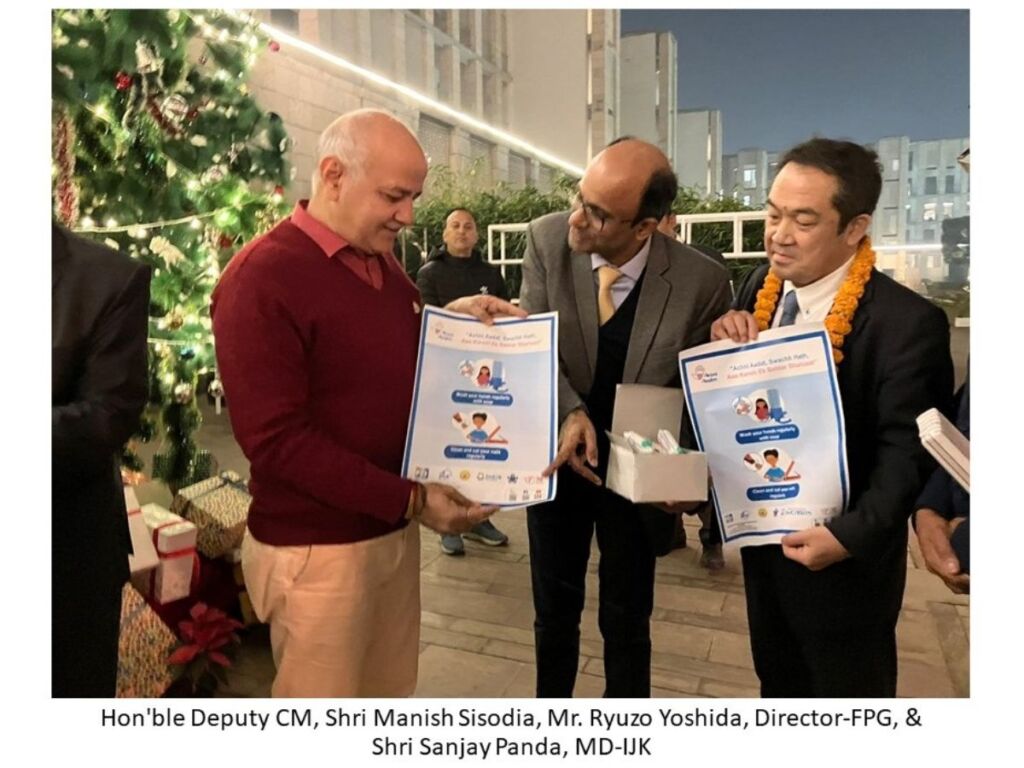 JICA’s Achhi Aadat Campaign launched in support with the Department of Education, Government of NCT of Delhi

For AAC 2022, JICA and IJK have partnered with the Department of Education – Government of National Capital Territory of Delhi (GNCTD). Further, GNCTD has a Friendship Exchange Agreement with Fukuoka Prefectural Government (FPG), Japan since 2007. Education being one of the fields of exchange between FPG and GNCTD, this time FPG also has extended its support to the AAC. Further Shabondama Soap Co. Ltd. a soap manufacturing company from Fukuoka has supported JICA’s AAC by sending 200 bar hand soaps through an FPG delegation visit to GNCTD.

The delegation of six persons from FPG led by Mr. Ryuzo Yoshida, Director, Regional Affairs Division (FPG) and accompanied by Mr. Sanjay Panda, MD (IJK) had a courtesy visit to Shri Manish Sisodia, Honorable Deputy Chief Minister of Delhi and Education Minister. The courtesy call with dinner was hosted by GNCTD at The Lodhi Hotel on 22nd December 2022, while Shri Sisodia graced the occasion.

Mr. Panda appraised Shri Sisodia about the AAC and conveyed gratitude for the cooperation of the Department of Education in carrying out AAC sessions in 164 government schools in South and South East Delhi. Further Mr. Yoshida and Mr. Panda appraised Shri Sisodia about the FPG support to AAC and the cooperation of Shabondama Soap Co. Ltd., Fukuoka Prefecture by donation of the soaps. Shri Sisodia appreciated JICA and IJK for the AAC campaign in Delhi schools and FPG and Shabondama Co. Ltd. for their support.

The post JICA’s Achhi Aadat Campaign launched in support with the Department of Education, Government of NCT of Delhi appeared first on City Lights.