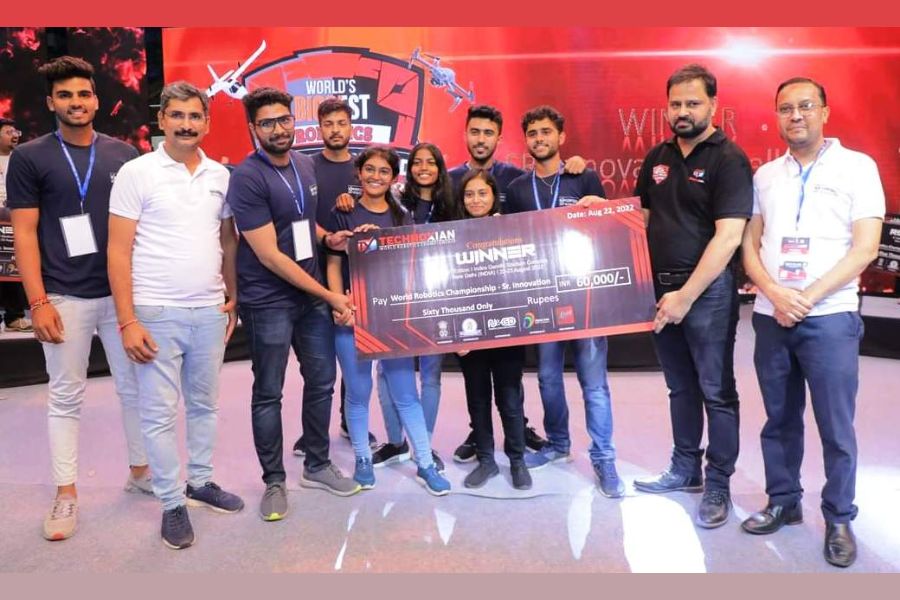 The project developed by the students will help to slash the distance between the villagers and the doctor.

Indore, September 10: The students of the School of Computer, IPS Academy, have created a project which has secured the first position in the Innovation Category at the Technician World Robotics Championship 2022 New Delhi. Bhavya Patidar, Devansh Khare, Shivani Tiwari and Shraddha Neema constituted the project team and said that CureSpot had been developed to solve the villagers’ problems.

According to the team, CureSpot features are based on advanced technology such as machine learning, artificial intelligence and the latest sensors. Additionally, they said that the interface of CureSpot works well in the Hindi language, so there must not be any inconvenience to the villagers. In fact, CureSpot is a telemedicine kiosk where all villagers can consult with specialist doctors without worrying about the cost associated with travelling to the city. Moreover, Also, CureSpot features a medicine dispenser that offers the necessary medicines immediately. CureSpot stores the data related to patients’ chronic diseases and medicines so that doctors can share prescriptions considering the historical data. Ultimately, CureSpot provides a printed prescription. The World Championships was organised in Delhi, where over 300 teams from across the country and beyond participated.

The students from Indore secured the first position in the senior innovation category. According to the team, Professor Aftab Qureshi and Professor Rohit Vyas of IPS Academy guided them throughout their journey.