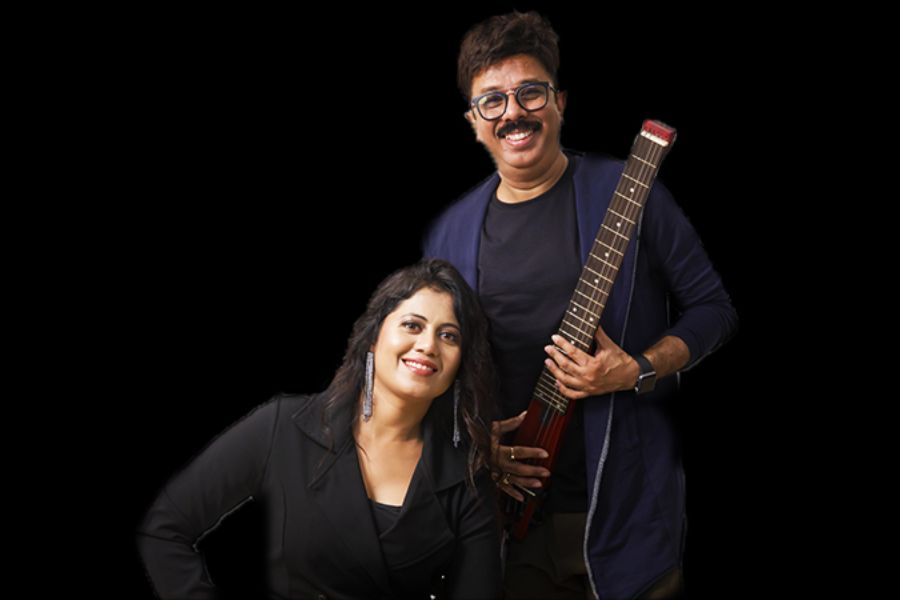 India, 23rd November, 2022: Versatile playback singer, RaaGini Kavathekar, along with Award-winning Mixing Engineer and Music Producer, Dony Hazarika has recently released their new Punjabi song ‘Tere Naal’. Penned by well- known lyricist Jyoti Jha, the soulful song is sung by one of the most celebrated and renowned Indian singers Papon and RaaGini herself.

Released on the 21st of November on the Zee Music platform, ‘Tere Naal’ is eyeing huge success and has already crossed 41k views and 1.7k comments within 24 hours. People all over the world are showering their love on the song. Sung by RaaGini, Produced and Mixed by Dony Hazarika at the Staccato Studio, the song perfectly brings out the true emotion of someone madly in love. Where words leave off, music begins and the best part is that the ambiguity of the song lends it a charm.

Elucidating about the new song, Dony said, “‘Tere Naal’ is not just a song but an emotion for us. It exquisitely describes emotions of love and the state of missing someone badly.” Currently working as a music-composer duo, Dony and RaaGini together have donned many hats to complete this endeavor which induces music direction, composing, singing and post-production of the song. Featuring numerous recent releases on famous music labels such as Zee Music, Times Music, Staccato Records and many more, the journey of the music–composer duo is a classic tale of chasing dreams. RaaGini Kavathekar and Dony Hazarika both have extensive musical backgrounds and their songs are creating a buzz in the market. Right from pre-production to post-production, the duo never chooses to compromise when it comes to crafting music.

The music composer duo is all set to launch their upcoming Marathi songs ‘Jaanta Raja’ and ‘Mann Dei Dilasa’, penned by renowned lyricist Mangesh Kangane. ‘ Ishq-e-marzi’ is another Hindi song that will be released soon. In collaboration with Indian Idol fame Amit Sana, another folk song is set to release anytime soon.

Hailing from Chhattisgarh, RaaGini Kavathekar, started her musical journey at the tender age of four. She has sung numerous Marathi songs and has strengthened her foothold in the Rajasthani folk music industry with numerous releases from Veena Music. Apart from that, RaaGini is well known for her live stage performances. Sharing her thoughts on her passion for music, RaaGini said, “During my first vocal lesson with my mother, I discovered my love and passion for music. Since then, I have involved myself in singing and writing music. Now I have my music studio where I write lyrics, sing, and produce songs.” She further added, “Inspiration is all around us, and my dreams started turning into reality since I collaborated with Dony and that led to the creation of several originals released on famous music labels.”

Mumbai-based music composer, Dony Hazarika’s journey to becoming one of the most in-demand music artists began at a young age. His passion and dexterity in music led to the composition of several ground-breaking soundtracks. Since the 1995 release of his debut album ‘Bondita’, Dony has achieved the heights of success in the Indian music industry through his persistent hard work and dedication. He has bagged several National awards.

To listen to the song, please visit: https://www.youtube.com/watch?v=5w160PjKYDs