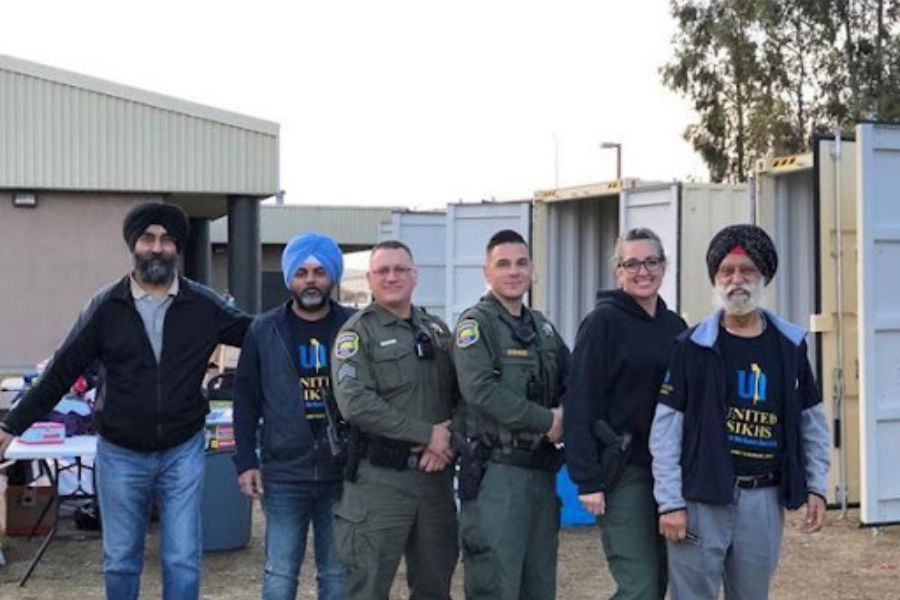 Mohali/Santa Clara, California, October 28: United Sikhs Director based out of California, Amritpal Singh Bhatia, has passed away at the age of 70. Fondly known as ‘Bhatia Uncle’ by young volunteers and admirers whom he inspired with his compassion over the years, he was always eager to offer help and worked tirelessly. A staunch believer in the principles of Sikhism, he always served and helped those in need earnestly.

Always passionate about social welfare and humanitarian aid, he spearheaded several important humanitarian and advocacy projects for United Sikhs in different parts of the globe since his association with the organization for nearly two decades.

He traversed distances from California to Louisiana to Pakistan to Nepal to reach out to those impacted by disasters or a need for advocacy. Whether it was those ravaged by an earthquake, those impacted by fire, those swept by a hurricane, those hit by a tornado, or those overcome with persecution, ‘Bhatia Uncle’ was the rock that many were able to lean on.

He became the first Asian to win the ‘Hometown Hero Award’ in 2005 from the city of Fremont in California, in recognition of humanitarian aid he led for United Sikhs after the destruction caused by Hurricane Katrina. The same year, the indefatigable warrior also led the way to provide emergency relief aid in Pakistan in towns like Garhi Habib Ullah, which no organization reached after a devastating earthquake shook the country.

Extremely concerned about the condition of the historic Gurdwara Sahib associated with Sri Guru Nanak Sahib in Baghdad, which had suffered collapse during a US bombing, he went and stayed there in 2020 to clean and paint the Gurdwara site and got a fence erected. He appealed to Sikhs around the world to start making a pilgrimage to the historic site and make efforts to get the Gurdwara Sahib restored.

Speaking about him, Gurvinder Singh, United Sikhs International Aid Director, said, “He touched thousands of lives and helped rebuild and provide scores of families with a sense of solace. He recognized that he was blessed to have the ability to serve, and he moved to put that in action.”

“He was always eager to serve and was deeply entrenched in the values of the Sikh faith; he had a sense of positivity and Chardi Kala (high spirits). He was a one-man-army and didn’t know what fear was – facing daunting situations and disasters with a smile and calm mind,” Sarandeep Singh, United Sikhs Director, said.

His legacy, commitment, and spirit will continue to guide United Sikhs. May the Almighty provide solace and comfort to all who knew him.